To do Around Levico 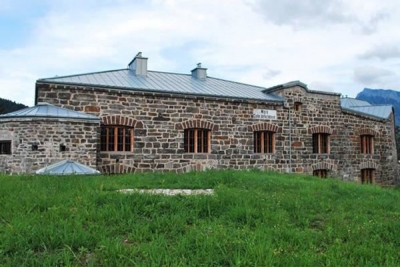 A walk to Colle delle Benne

Live a unique historical and cultural, on the trail of the Great War. A pleasant walk of about 40 minutes in the nature to get to Col delle Benne. For all information regarding guided tours and schedules, our staff will be at your disposal.

Settled on the top of a hill overlooking Lake Levico, is located about 2 km from the center of Levico Terme. Also called Fort San Biagio, it was built by the Austro-Hungarians between 1880 and 1882. (1887-90 Malatesta?)
characterized by a plant split on two or three blocks or horseshoe wings, which adds a stone section for close defense, reinforced or not, is part of the strong style Vogl of first phase (late 80s), the partially cover the ground and the open court.

The plant of the strong trend follows a polygonal and the north side is provided with a buttress with external armored body. A line of trenches, served by mule, dated all'impervia mountainous coast to the Busa Granda (1,500 m).
mate operates the Fort of Tenna, located on a hill overlooking the lake from the south side, it served as an observatory and storage, given its set back from the front. Dismantled the iron structures in the early '30s, struck off from the State Military in 1931, was sold for 3,000 lire to the City of Levico on 10/13/1933.